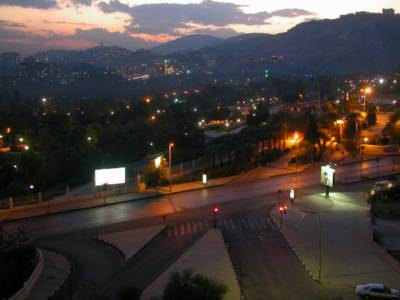 One of the things I like most about Ramadan is that feeling of "unity" among people. They all fast at the same time and break their fast at the exact same time. During the last minutes before sunset, Damascus streets are usually bustling with cars and traffic jams; and by the time a cannon shot announces iftar, the whole city comes to a complete standstill. It's amazing how calm and peaceful Damascus looks at sunset... try taking a quick peak out of your window during your next iftar! 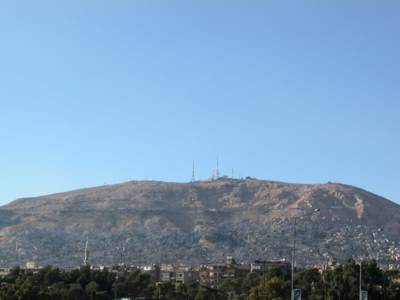 Kassioun is a 1200-high mount that overlooks Damascus and dominates its skyline. On its slopes are some of Damascus' main residential quarters: Mohajireen, Salhieh and Barzeh. The ridge at its summit is lined with cafes and restaurants that provide a wonderful view of Damascus. Kassioun has always been a source of pride and legends for the people of Damascus. Damascenes believe that it is where Cain slew his brother Abel, and where prophet Mohamad (PBUH) caught his first sight of the beautiful city. Some claim that it was the resting place of Noah's Arc. Another common belief is that the cave mentioned in the Quranic story "Fellows of the Cave" (the same Christian legend of the Seven Sleepers, who escape prosecution of Decius by hiding in a cave; they are sealed in and emerge alive 200 years later) is actually in Mount Kassioun. Some Damascenes believe that Kassioun was where Prophet Yahia (St. John) and later Jesus (PBUH) and his mother sought refuge from the oppression of the Jews. Others say that Abraham (PBUH) was born on the mount's western slopes. Some of these legends are obviously false (especially the one about Jesus and Mary!), but to some proud Damascenes, they are firm believes that cannot be challenged. 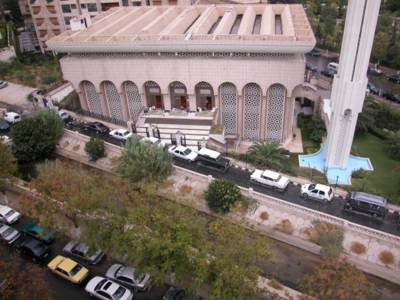 Cars crowd the streets around Saad Ibn Muaz Mosque for the Friday noon prayer. People go to mosques more often than usual during the holy month of Ramadan. Every evening, worshippers flock to the mosques to attend Tarawih prayers, which are only held in Ramadan. 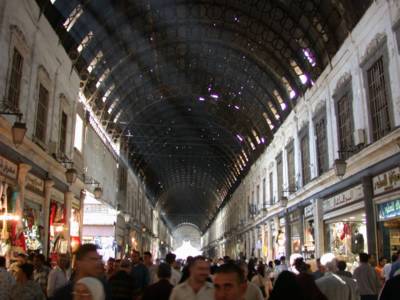 Souk al-Hamidiyeh is covered with high iron vaulting, but light still filters through bullet-holes that were made during wedding celebrations, protests and demonstrations. The oldest part of the souk was built in 1780. It was expanded in 1883, and was covered in 1911. It is 600 meters long, 15 meters wide and two-storey high.