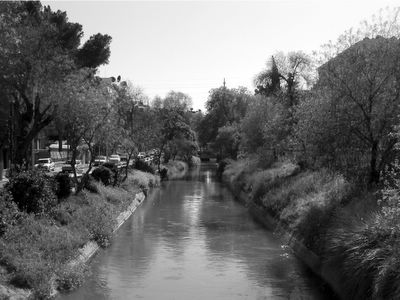 Shortly after President Bashar Al-Assad assumed power in the year 2000, Syria witnessed a period of relative freedom of expression, during which political forums where opened for an extensive public debate, and a newborn civil society movement started to push for reform and change. What had been known then as the "Damascus Spring" came to an end in early 2002, when the government closed down most forums and arrested many activists.

Now the country is living a similar atmosphere. Everybody is talking about the changes that are expected to take place after the upcoming Regional Congress of the ruling Baath Party in June. In newspapers, on satellite TV channels and on the web, Syrians are participating in a debate about the future of their country. Although the increasing freedom of expression is most clearly noted on the internet, you can also feel it on the street; people who seemed to have no interest in politics now boldly express their views on change and reform.

In Damascus, for the first time in years, there is hope in the air: It will be spring again!

Nice picture as usual..And about reform it would be something like releasing The spring's prisoners, who dared to critisize some of the biggest corruption men here, and releasing some who came back from exile after they finally got passports valid for 2 years, just to be welcomed by prisons again.

NO COMMENT
I liked your way in merging the photo and what your have said ..
About the spring of Damas ..
The real spring in the photo is very pretty ..
The spring movement is great,cause it feels like having some fresh air ..
but our future spring .. is foggy indeed .. hope we can cast some of its the fusion ..

Hi ,
Unreal presenting and falsification of what's really going on ....and microscope - using to magnify the few remaining drops in the empty Glass .
Man , it is snowing ... where is the spring ?

The spring is in our heads and our hearts and it can spread to our whole environment.
We start thinking for ourselves and get out of the beaten tracks.

Raf, nobody can deny that people in Syria are expressing their political opinions much more openly than before.

Look at news websites (Syria-News, ChamPress, All4Syria), and read all the articles and readers' comments on them. Read newspapers, and see what opposition figures and reformers are writing. Ordinary people feel more free to talk and to criticize, just like you did.

I didn't say everything is alright. I didn't even say it's spring yet. I said we have hope that spring will be back again. It's up to you, of course, to be optimistic or pessimistic, but remember the famous saying by the late Saadallah Wannous:

"We are doomed by hope"

I feel the Spring - the sun on my skin, the water on my face, it's here again, and this time it'll stay Spring forever.

All I can say that in God's will that positive changes are on the way to make Syria a more beautiful place to be, much more than it already is.

I pray for the future of the country and I always hope the best for it.

Thanks Ayman for sharing this with us.

Real political and econoical changes, a real fight against corruption, and breaking the rotten taboos and fear are really needed..Otherwise the futur would be very vague and gloomy for all.
I hope the spring comes back, gets stronger and stays this time!

Stellar, stop relying on "God's will". Nothing will change until you change it.

Ayman, this post exemplifies why I hold you in such high esteem. Intelligent, thoughtful, hopeful.

We have to feel the changes; we can’t jump to what we want to be at once.
Yes, there is many changes we feel, when I come back to Syria, for a visit, after many years, I felt how I 've been treated in the airport and how the people started talking loudly with less looking around, is this the final goal? For sure no, we still have miles to reach what we are looking for.

Sorry, Ayman. Very sorry for all of Syria and her people.

Thank you Ayman.
Sorry indeed...is the least to say.
Watch out for your self!

Very interesting update Ayman - I've just posted on the same issue! I'm not so pessimistic - I think we're still walking up the hill - not down, despite the BBC's simplicity.

Ayman,
Be safe man. Touching upon such subjects is not compatible with long-term survival my friend :)

They took them in the middle of the night. They may not like your creative black spring. Then you vanish.

Check out what the geniuses Rahbanis once worked on

Thanks in advance to all of you people who are staying to guard the keys! I got the hell out.

what do they need ?
we just need our homeland to be named as it is SYRIA no other stuff or other retouchs
Spring will come back soon ,whatever they are going to do and whoever they are
Life train would keep moving with ot without them and soon inshaAllah they are leaving away
and let the history witness us syrians and only syrians when getting our freedom that we taught to others back
no more deemed voices no more hiden tears
Spring is coming ,cant you see that buddyyyyyyyy!?

Yes, it is black and white now. You couldn't express it better. I'm sure that there will be colours soon.

Beautiful post-at first I didn't understand why it was black and white when I originally saw the picture in color...I wish spring would come back...I am sick of living outside of syria but I can't live in a black and white syria. Keep up the great work! Salam.

Why is it the same where ever you go in this big Arab backward world?